Development of the CSC Docks

CSC started in the late 1930s with a single pier and about 8 slips where the current north gate is now located. The aerial photo (above) was taken in 1942. 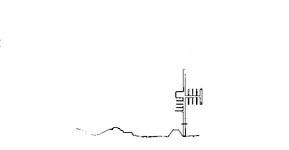 By 1949, there were 12 davits, a pier to the north with a tool shed and rigging platform at the end, and a pier going out into the lake. 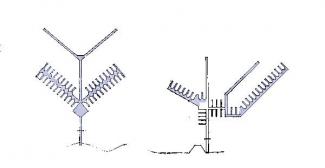 Davits were added to the north pier and a south pier was constructed during the 1950s. The configuration above with 51 davits was achieved by 1960. 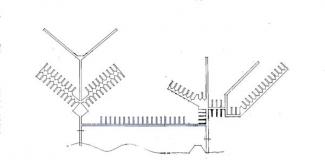 With two separate piers, the club was turning into two separate clubs, one to the north and one to the south. A pier was constructed in 1961 to tie the two clubs together to ensure that they remained one. 18 additional davits were also added. Willis McQueen was commodore at the this time 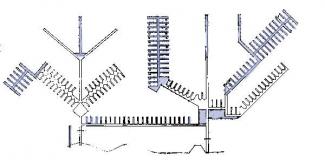 There was a flood in 1975 that significantly damaged the club. The boardboat pads were added as part of the dock repairs.

Davits continued to be high demand. The last davit expansion program was completed in 1982, when club members built 29 new davits. Ted Perna led members in executing this project. They received one of the new davits for there effort. We have a total of 178 member owned davits.

The emphasis was then focused on improving the facilities and the new clubhouse, heads and tackroom, and committee boat davits were constructed in the late 1980s. The north gazebo, VIP lounge and junior/SMU lockers were built in the early 1990s. The davits on the south pier were turned to open to the north to make them more accessible. In addition, deck, pads and walkway renovations were started. 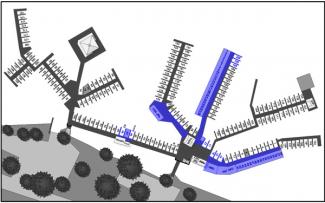 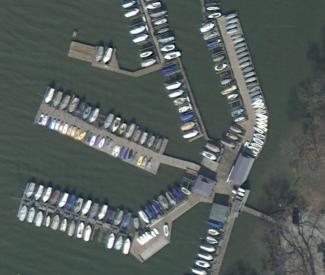 New boardboat pads were added north of the Junior/SMU lockers in 2006 to accommodate the growing Laser fleet and the juniors' and SMU's 420s and Lasers. A launch ramp for Optis and board boats was also added at this time. The old pads were redone and expanded in 2007-08. This also preceded space for the new V15 fleet. These new pad areas had 10' wide walkways and a ramp to accommodate dollies. A new committee boat davit structure was completed in 2008. The photo from 2010 Google Satellite image shows these completed projects.

Ken Brown created a detailed chronology of projects completed between 2007 and 2017. References refer to master plan map (origional version 2012 and updated last in 2016). 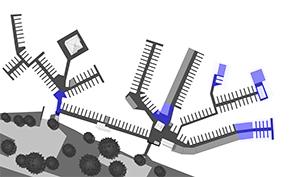 The 2008-2014 facilities upgrade spurt was winding down with several additional projects. The VIP gazebo was in need of a lot of work and was rebuilt in 2011-12. The demand for Laser and boardboat storage continued to grow, so the area between the North Gazebo and the existing pads was decked over in 2013-14 to provide storage for the junior and SMU 420s and Lasers which opened up additional pads. Davits were relocated so that the existing Laser pad area could be extended to the north in 2014-15. The south entry and adjacent decking were also replaced in 2014. 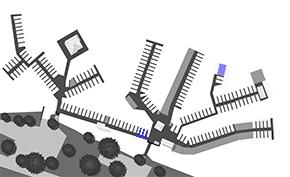 A forth rescue boat was purchased in 2016 and the power davits for this and existing rescue boats near the North entrance were rebuilt. Additional boardboat pads were built just south of the VIP in 2017.

The first aerial photo below was taken for the City of Dallas in 2003. The second is from Google Satellite taken in 2010. 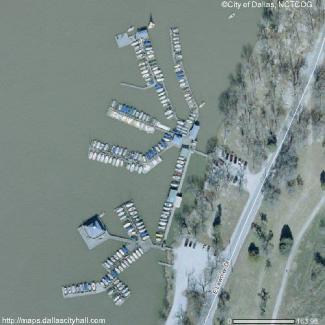 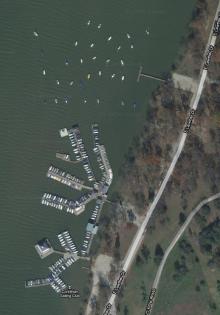