The club celebrated its 50th and 60th anniversaries in 1989 and 1999 (photos below) with a couple of grand parties. 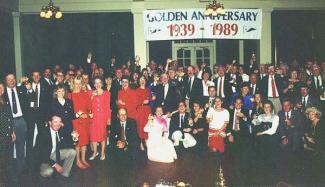 The new north gazebo, VIP lounge, junior/SMU locker, and the north-south walkway in front of the heads were constructed in the late 1990s. A campaign was started in the early 2000s to refurbish the common areas and docks.

This CSC website was started by John Payne in the mid-1990s and the content was expanded considerably in the early-2000s. The club turned to e-mail for communications starting in 2001. Over 85% of the membership is receiving the club e-mail and this website is accessed 1000 to 2000 times per week.

The tradition of honoring past commodores with a dinner (photo right) in conjunction with the lake championship regatta was born in the late 1990s.

The White Rock Sailing Club (photo below left) membership dwindled to a point that the club was no longer financially viable. They also had a major silting problem. Snipe Fleet 1 voted to move to CSC in 1993 to preserve the continuity of the fleet on the lake. The WRSC docks were abandoned at that time and removed by the city in 1998 while the lake was low (photo below right). CSC is fortunate to be the home of these great boats and sailors today. 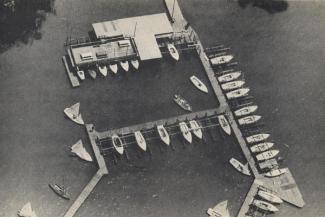 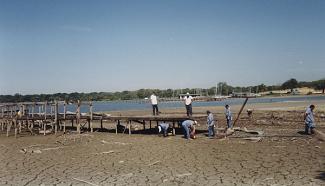 Vandalism became a problem in the park and at the club in the early 1990s. The Dallas Police had a beautiful rescue boat (photo below left)that they kept at the club. It was set on fire by vandals in 1991, destroying it and a club rescue boat along with two power davits. We hired a night watchman and the police beefed up the park patrol. Problems soon subsided. 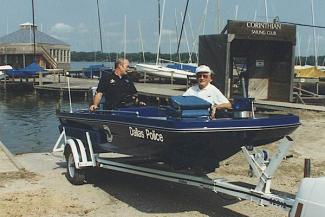 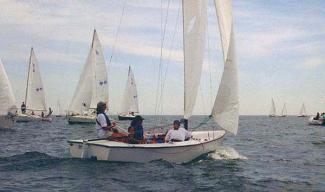 Scott Mauney won Bronze as a unified partner in the Special Olympics World Games in 1999. CSC hosted its first Special Olympics Regatta in 2000 (photo right) and the tradition continues today