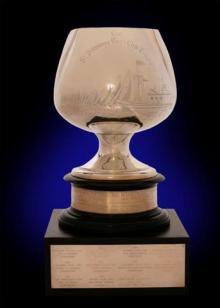 Emblematic of excellence in race management, the St. Petersburg Yacht Club Trophy was awarded originally by St. Petersburg Yacht Club in the late 1960s to recognize the club which ran the best regatta. The trophy was retired for several years, then was donated to US Sailing in 1977. The winner is selected annually on the basis of race management superiority and evaluation by participating skippers.

CSC has a long tradition of excellence in race management. A number of nationally and internationally recognized judges and race officers have gotten their start at CSC. CSC is one of only a handfull of clubs that has been awarded the St. Petersburg Trophy more than once.

The USYRU (now US SAILING) National Team Racing Championship (Hinman Trophy) was held at the lake in 1986. CSC received the St. Petersburg Yacht Club Trophy that year for the outstanding race management in that regatta. 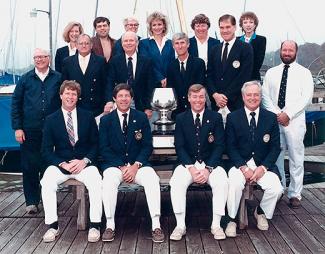 CSC won the trophy again in 2012. The following is US SAILING's press release. "The Corinthian Sailing Club played host to US Sailing’s Championship of Champions for the Jack Brown Trophy, in October of 2011. Twenty teams from around the country convened in Dallas for racing in Flying Scots on White Rock Lake."

"Competitors of the race expressed their overwhelming satisfaction with the club’s outstanding display of organization in race management and operations. Positive reviews were conveyed regarding the on-water and off-water personnel that ran everything from housing, to transportation, to food and beverage, to repairs on the water, and especially the 20 round robin races over three days."

"All competitors also received a DVD of the 2011 Championship of Champions as a token of appreciation for their participation."

"The Corinthian Sailing Club previously received this award in 1986 for the US Team Racing Championship."

The CofC regatta was sailed in club member's Flying Scots with new sails provided by Gus Sails. All of the boats were tuned the same. Twenty races were completed in 3 days with teams changing boats between every race. That is not easy to do. This regatta also coincided with the 100 year anniversary of White Rock Lake and we received a nice note from Gerald Worrell from the Dallas Park and Recreation Board.