Skipper Gabby Wong and crew Frederick Winguth, of Austin, Texas, earned the Newcomer Award, as well as achieving fourth place overall. While they are former members of UT-Austin’s sailing team, this was their first effort in a Snipe.

The first day of sailing allowed for three races. However, with winds upwards of 18 knots and gusts around 25 knots, the second race only saw 12 of the boats start. That dropped to five competitors for the third race. The day saw a few capsizes and many boats reporting broken equipment.

Sunday morning brought with it even heavier air with winds building to 27 knots during the only race held that day. Nine teams competed Sunday with all boats successfully finishing the race. Sailors traveled from throughout the region with a strong contingent from as far away as Longmont, Colorado to participate in the regatta. 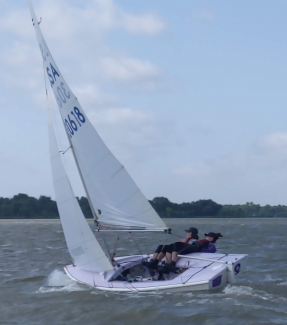 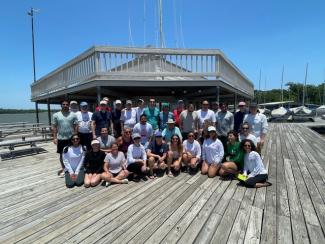