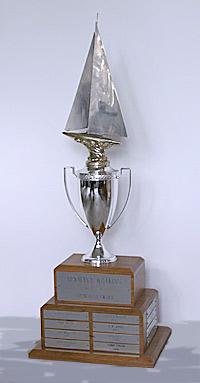 Who was Norm Watkins? For ten years from 1963 to 1973, Norm provided area sailors an insight into the sport of sailing and its techniques.  Upon his untimely death, he had contributed directly to the sailing skill of a large number of the CSC members.  He performed elected and assigned duties with exceptional drive and enjoyment.  He actively sought ways to help others enjoy sailing.

He loved sailing, was an outstanding competitor and demonstrated a high sense of sportsmanship. Many times, he was the first to notice a dangerous situation, a downed boat or an inappropriate decision. He gave unselfishly of his time and energy. He performed each task the best way he knew and never failed to seek and consider the ideas of others.

His sportsmanship is demonstrated by his coaching of new sailors on the dock between races.  Norm believed that sailors defeat  themselves through the errors they make.  He knew that no one ever sailed a perfect race - the winner simply made the fewest or least critical mistakes.  He discussed his mistakes, and other errors that he had observed, suggesting ways to avoid the more obvious and fatal errors. 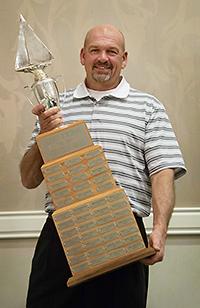 The Norm Watkins Award is presented annually to the member of CSC who best represented the club as a Corinthian Sailor. He or she may have provided unusual leadership, served to promote the sport of sailing, or trained others in sailing or seamanship. This trophy then commemorates a person who enjoyed what he did and did what he could to help others.

Selection Process:  Each fleet may nominate one person from the fleet and one person at large for the award.  The Board can also nominate someone.  The Board votes on the nominees.  In the event of a tie, the Commodore decides.  The award is presented at the Annual CSC Business Meeting.

Past recipients of the Norm Watkins Award are: